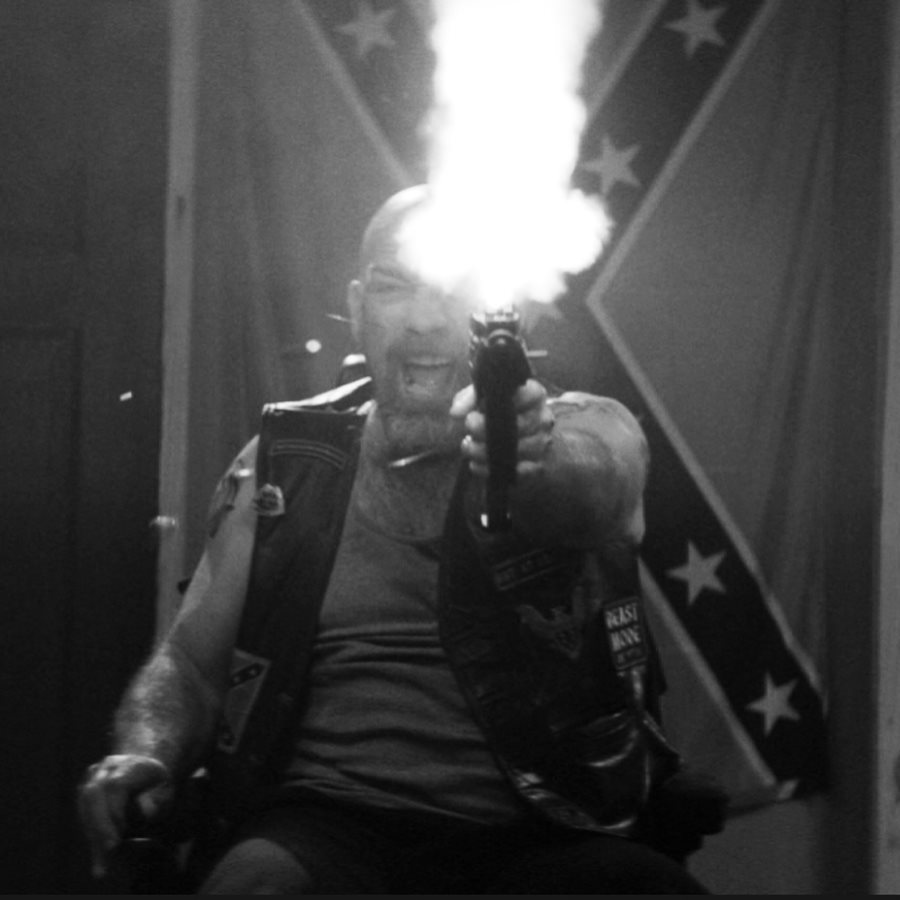 Kevin Gage was born Kevin Gaede in northern Wisconsin, on May 26, 1959. As a youth, he worked on his grandparents’ dairy farm before and after school and throughout the summer. Some of his favorite memories are of fishing northern Wisconsin rivers with his grandfather. Kevin graduated high school on his 18th birthday. Fulfilling a life-long dream of seeing the ocean, he hitchhiked to Florida and then headed west to California. His plan was to go for the Bay Area and get work in construction, but fate stopped him in Hollywood. At the age of 21, a theatrical agent noticed his and within a few years he was doing small jobs in low-budget films and television shows, including Highway to Heaven, L.A. Law, and Divorce Court. In 1989 he appeared opposite Tom Hanks, Bruce Dern and Brother Theodore in The ‘Burbs. Shortly after turning 32, an accident in his Jeep left Kevin in traction for three months and in a wheelchair and on crutches for another year. When he finally recovered, he got his first big break. His agent sent him the script for Heat. Competition for the role of “Waingro” was fierce, but after three months and eleven readings with the director, Kevin got the job. It was one of the most euphoric moments of his life. Against all odds, h had persisted in the business for 13 years, dreaming of the day he might work with Robert DeNiro.” After the success of Heat, Kevin was flooded with offers, and continued to work opposite leading actors in more A-list films, including Demi Moore and Viggo Mortensen in G.I. Jane, Nicholas Cage in Con Air and Johnny Depp in Blow. He also appeared in TV shows (Firefly and Smallville) and lower budget films. For the first time, he was able to support himself with his acting. Some of Kevin’s more recent work includes La Linea (The Line), the television show Banshee, the video game Call of Duty: Ghosts, and feature films 7 Minutes and Misfortune. Kevin is the single father of Ryder Jay Gage, born January of 2007. The greatest joy in Kevin’s life was taking 5 years off work from 2007 through 2012 to raise his first and only born child on the beaches of Baja Mexico. Kevin is now living with Ryder in southern California and once again working as an actor.